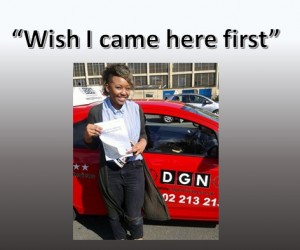 Congratulations to Rachael Reid on passing her driving test in Wolverhampton on 14th April 2015.

Rachael had had a bad experience with her previous driving test with a different driving school.

Rachael can now enjoy the freedom which is gained by obtaining a driving licence.

Best wishes from your driving instructor Ram and all the team at DGN driving School.

About the Author: Pin

Founder of DGN Driving School. If you want to check out more great DGN learning resources, our YouTube channel has loads of great videos.